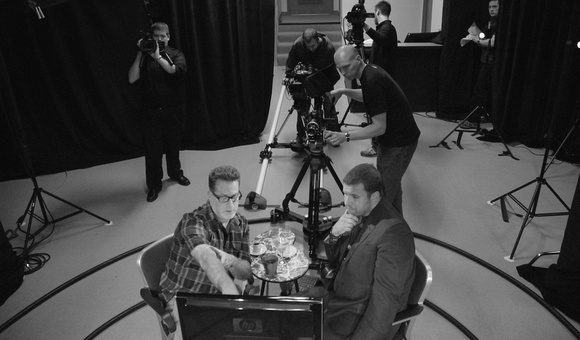 Our hosts Steve Weiss and Philip Bloom find the next short film to critque as our DP and Producer gets ready for filmming to begin. Scott Lynch, Daniel Skubal and Matt Kelley working behind the scenes.