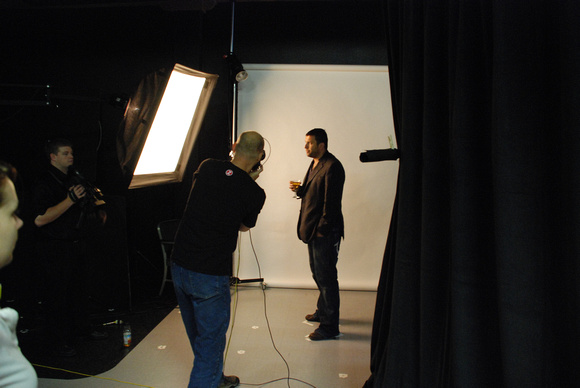 Philip Bloom strikes a pose with cocktail in hand. Is that an "Appletini Phil?"