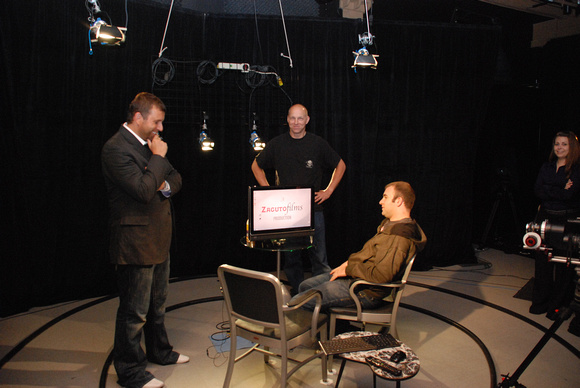 Host Philip Bloom adds levity to the set before filmming begins and Matt Kelly and DP/Producer Jens Bogehegn try to hold back.